One of the most popular and widely recognized anabolic steroids, stanozolol enjoys a high popularity among steroid users. However, it may actually be one of the more over-used compounds as it’s abilities and effects will only be fully realized by a minority of users who are administering it for a specific purpose.

Stanozolol is a derivative of dihydrotestosterone. Despite this most users of the drug will find that its activity is quite mild compared to other compounds with similar chemical origins. Individuals that are looking for mass gains will likely be disappointed if using stanozolol for this purpose. It is widely considered a cutting compound. Due to the lack of water retention most users find that they can acheive a dry look to their physique as long as their body fat is relatively low. For the most part, the anabolic effects that are acheived via the use of this drug are a result of it’s ability to increase protein synthesizing and nitrogen retention2,4 . However as stated previously these effects are mild at best.

Anecdotally a majority of users will report that their joints and ligaments have a dry feeling when using stanozolol, complaining often of ligament pain when lifting heavy. This would seemingly make the drug a poor choice for athletes other than bodybuilders who are trying to acheive a specific “look”, but there is some scientific evidence that suggests that stanozolol could in fact strengthen tendons and ligaments. However, with the vast majority of users reporting ligament and joint pain while on the compound it is difficult to recommend any attempt to administer the drug if peak performance is desired for athletic competition.

Like most anabolic steroids oral administration of stanozolol has a rather dramatic effect on levels of sex hormone-binding globulin in the body. In the case of stanozolol however, it can be quite potent relatively speaking. It is because plasma binding proteins, like sex hormone-binding globulin, act to temporarily prevent steroid hormones from exerting their intended activities. By limiting this, it results in a greater percentage of free steroid hormone circulating in the body. This may actually result in a mechanism whereby stanozolol could help to increase the potency of a concurrently used steroid5 . Whether this benefit would be worth actually running stanozolol in a cycle that would otherwise not include it would be something that the user would have to experiment with him or herself as there is simply not enough evidence to make a definitive conclusion one way or the other.

Stanozolol is available as both an oral steroid as well as an injectable. While there are no differences in the compound itself, there are several advantages and disadvantages to using each compound. First, in an animal study, it was demonstrated that the injectable version of the compound was far superior to the oral administration of the drug for nitrogen retention2 . This of course means that it is better able to help preserve or build lean-body mass, something obviously one who is using the compound would be seeking.

Another advantage of injecting stanozolol is that it will negate the first pass of the compound through the liver and therefore is less toxic to the organ. Despite these advantages however, there are a few disadvantages of choosing to inject, namely the comfort of the user. Stanozolol is notorious for causing pain at the injection site upon administration and for possibly several days afterwards, as anecdotally reported by users. This will often cause users to begin administering the compound orally, especially when due to the compound’s unique structure, the injectable version can be taken orally as well.

With the active life of stanozolol being only eight hours, multiple doses of the oral compound throughout the day is recommended. As for injections, once a day is optimal to maintain stable blood levels of the compound, but every other day should be adequate due to it’s active life.

Male users will often find that doses in the range of 25-100mgs per day to be adequate for seeing results with this compound. It is often anecdotally reported that most first time users will usually administer 50mgs per day and are generally happy with the effects.

Stanozolol is a drug that is fairly popular with women as well. This is primarily due to the compound’s anabolic nature, with the likelihood of androgenic side effects being rather small. First time female users anecdotally report that doses ranging from 5-15mgs per day will result in quite dramatic gains. However like most compounds, users have experimented with doses far higher with the risks of the associated side effects becoming more pronounced as the dosages increase.

Due to the toxicity issues related to stanozolol it is most often recommended that users limit their cycles of the compound to six weeks or less. However many users have exceed this limit while running high doses and have reported little to no complications. If an individual does decide to run stanozolol for an extended period of time he or she should monitor their liver values via blood tests to ensure that no permanent damage occurs.

The oral form of stanozolol is a 17-alpha-alkylated substrate and due to this liver toxicity should be a concern to those who take this compound. Elevated liver values will undoubtedly occur while running this drug. Even with the injectable version, liver damage can occur so precautions need to be taken.

Stanozolol is also very harsh on the user’s cholesterol levels often lowering HDL and raising LDL at the same time, even at extremely small doses. Users with histories of health problems related to cholesterol should be wary of using this compound.

Androgen related side effects such as acne, prostate enlargement and an aggravation of male pattern baldness are often reported by users. Anecdotally many users have reported that stanozolol is one of the harshest drugs in terms of hair loss. Many will simply not risk running the compound because of this.

As mentioned previously estrogenic side effects are not a factor with this compound as it does not aromatize. Virilizing side effects in women are much less likely to occur than with most other anabolic compounds, but there is still a risk that these may develop, especially with larger doses. As always these include deepening of the voice, body/facial hair growth, and enlargement of the clitoris, among others. 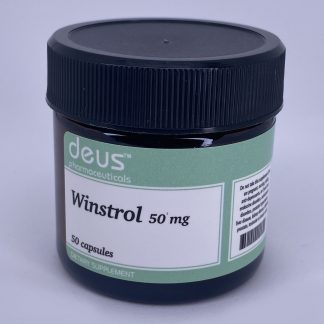